(S.Falks quote) The 'Lesser Bulb-fly', a common pest of bulbs (especially daffodils) in many gardens and suburban areas, but relatively scarce in the wider countryside compared with the very similiar E. strigatus.

Males of E. funeralis are readily separable from those of strigatus by checking the underside of the hind femorae, which have the basal ventral section free of hairs and shining (entirely covered in short hairs in strigatus) and bearing a slight tubercle. Funeralis also averages a little smaller and there are differences in the genitalia (see Stubbs & Falk, 2002).

Female funeralis is best separated from strigatus by the less heavily dusted frons which has much narrower dusted strips alongside the eye margins. The 3rd antennal segment tends to be rounder and less rhomboid.

Like Merodon equestris, this species appears to have been introduced to Britain with imported bulbs from the Continentin recent times and was rare in the early 20th century. 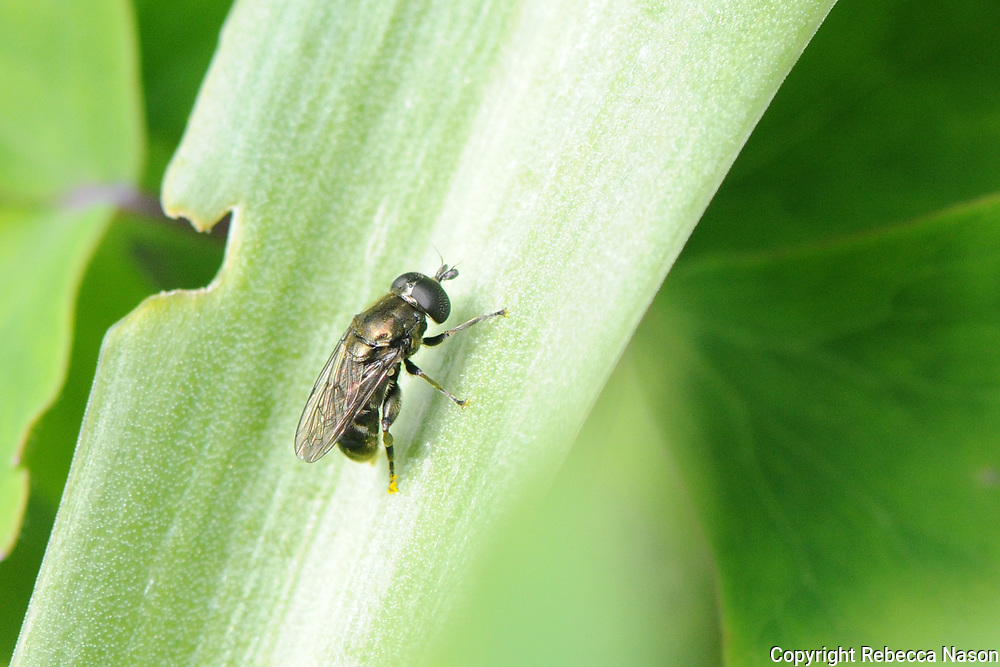